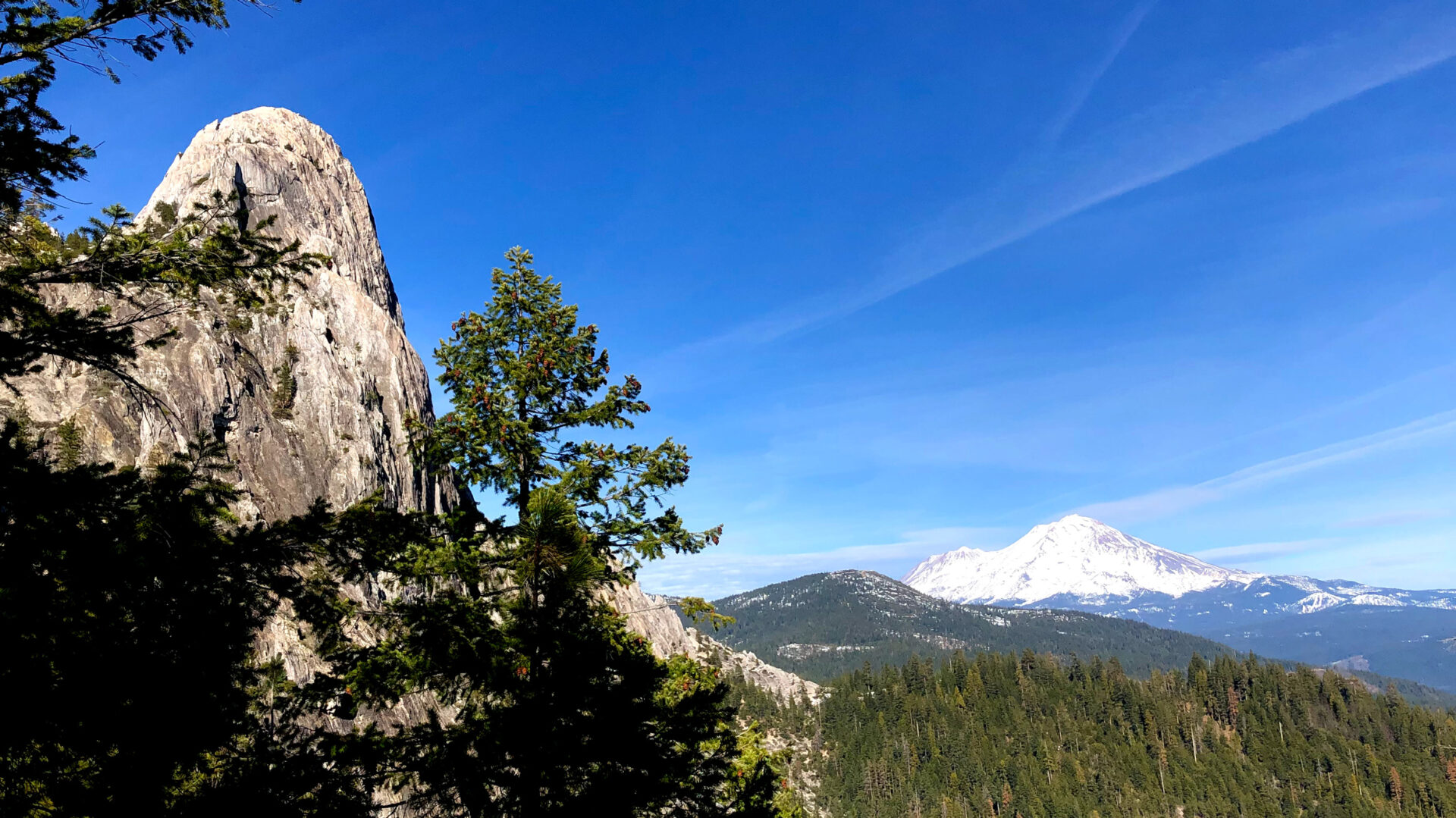 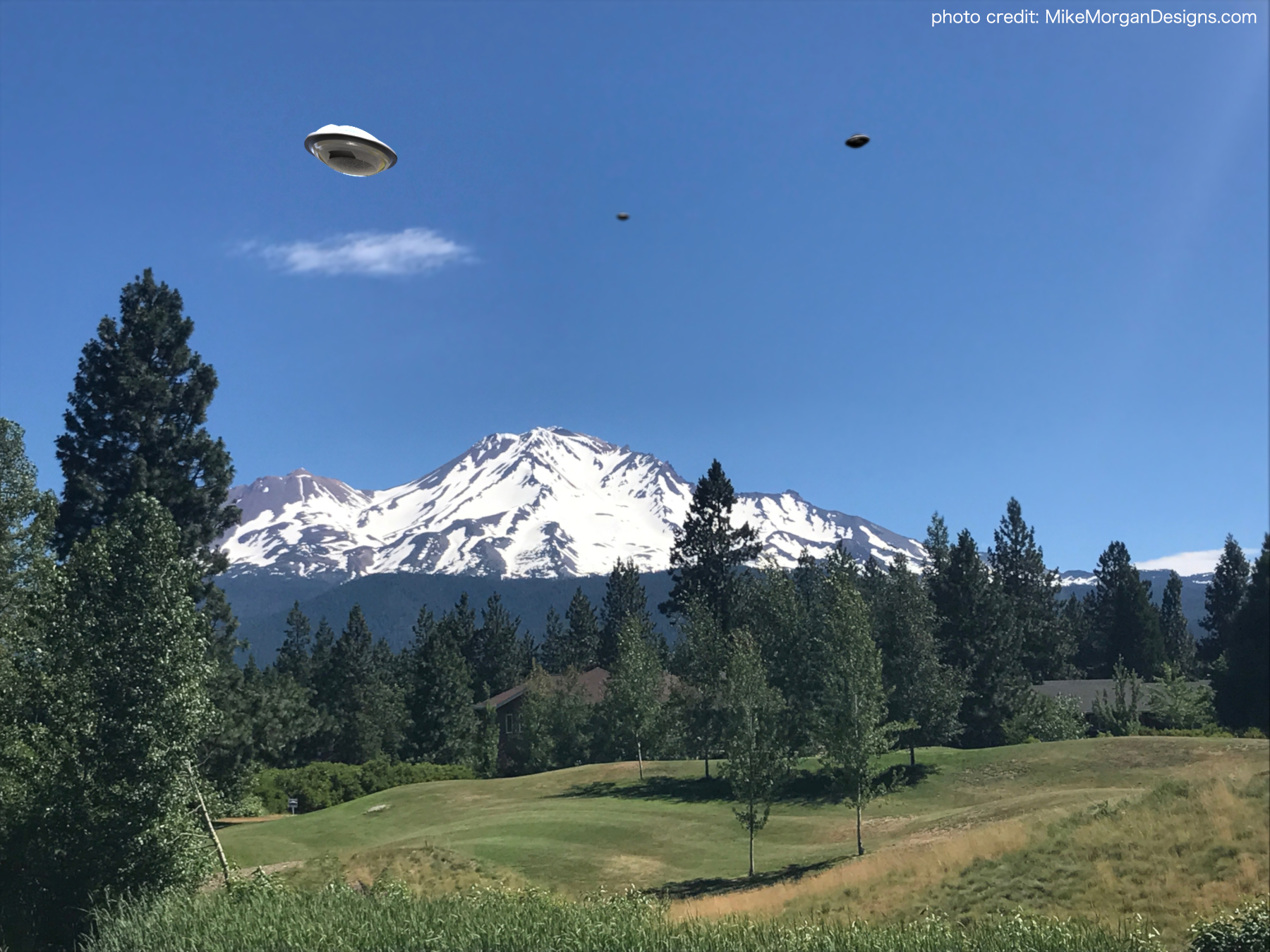 In the late morning Wednesday July 5th at the Mount Shasta Resort golf course which lies the shadows of the famous Mount Shasta, a potentially active volcano at the southern end of the Cascade Range in Siskiyou County, in the U.S. state of California.

While finishing up 18 holes, golfers Dr. Richard P. Homestead M.D. and his friend Harold Whitfield an optometrist both from the bay area on vacation suddenly felt a vibration in their chest, a tingle in their spines as all the hair on their arms stood up. Both men reported a low tone vibration or frequency.
“The vibrations I would describe as feeling more kinesthetic rather than auditory.”
Says Dr. Homestead while he gazes down and to his left as he recalls the multi-UFO event he captured on his IPhone 7 camera with stunning clarity. Dr. Homestead claims three metallic disk like crafts approximately 20-30 ft in diameter crossed directly over head at a slow and steady pace toward the volcano. One just 50 feet in the air from the awe struck golfers.  Dr. Homestead reports they were basically silent until they were over head that’s when they felt the vibrations. Dr. Homestead goes on to describe all three aircraft moving in a uniform triangular flight formation. He recalls the crafts did stop as they became very close to Mount Shasta and all crafts appeared to be harmless toward them.
“It seemed as though they were charging or paused for the acquiring of magnetic force of the Mountain. They move as though they ran on magnetics having no sound at all I truly believe they were using the natural EMP (electromagnetic pulse) from Mt. Shasta.”
Said Mr. Whitfield as he gazed down and forward with a glossy eyed recollection of his experience. He was aimlessly stirring his fork in his hollandaise sauce on his finished plate of eggs benedict at Lily’s Restaurant on Mt. Shasta BLVD. where this interview was conducted on Friday July 7th 2017.
Both men describe a sudden acceleration instantly to what seemed to be 2500 MPH or more, the crafts were no longer visible in a fraction of a second. Similar to the description Hill, Paul R. – 2014 – ‎Body, Mind & Spirit A Former NASA Scientist describes in his book.
The mysterious legends of Mt. Shasta is home to numerous reports of other worldly visitors from UFOs and aliens to Lumerians which are small people who live inside the mountain. Many people believe there is an ancient Lemurian crystal city underneath Mount Shasta called Telos. Another celebrity of the mountain is the common sightings of Bigfoot with hikers reporting to hear clicks, calls, tree branch nocks, and even rocks being flung at them only to see the elusive 9 ft tall creature trek through the brush and camouflage himself within seconds. Virgil Larson’s 1976 tale of his encounter with a man-beast on the forested slopes of California’s Mount Shasta ranks among the most incredible of all Bigfoot stories.
Although the story and photo completely made up by Redding California Sci-fi artist Mike Morgan of Morgan Designs. The place is real though; and is a beautiful and epic place to visit. If you read this you now are aware of this inspirational massive iconic place called Mount Shasta and we hope you come to visit and enjoy its many family friendly destinations.
The photo was taken by Mike Morgan and the art was created using a program called ZBrush which is a digital sculpting tool that combines 3D/2.5D modeling, texturing and digital painting. The art was then finished off in Adobe Photoshop with the use of a Wacom Cintiq and the Morgan Designs Artist Glove a digital artist drawing glove for cg arts.
See more of freelance artist Mike Morgan’s art at https://mikemorgandesigns.com/
You can hire Mike for concept art, production design, digital and traditional artwork graphics.
Mike Morgan
Morgan Designs
530.209.1971
United States of America
www.mikemorgandesigns.com